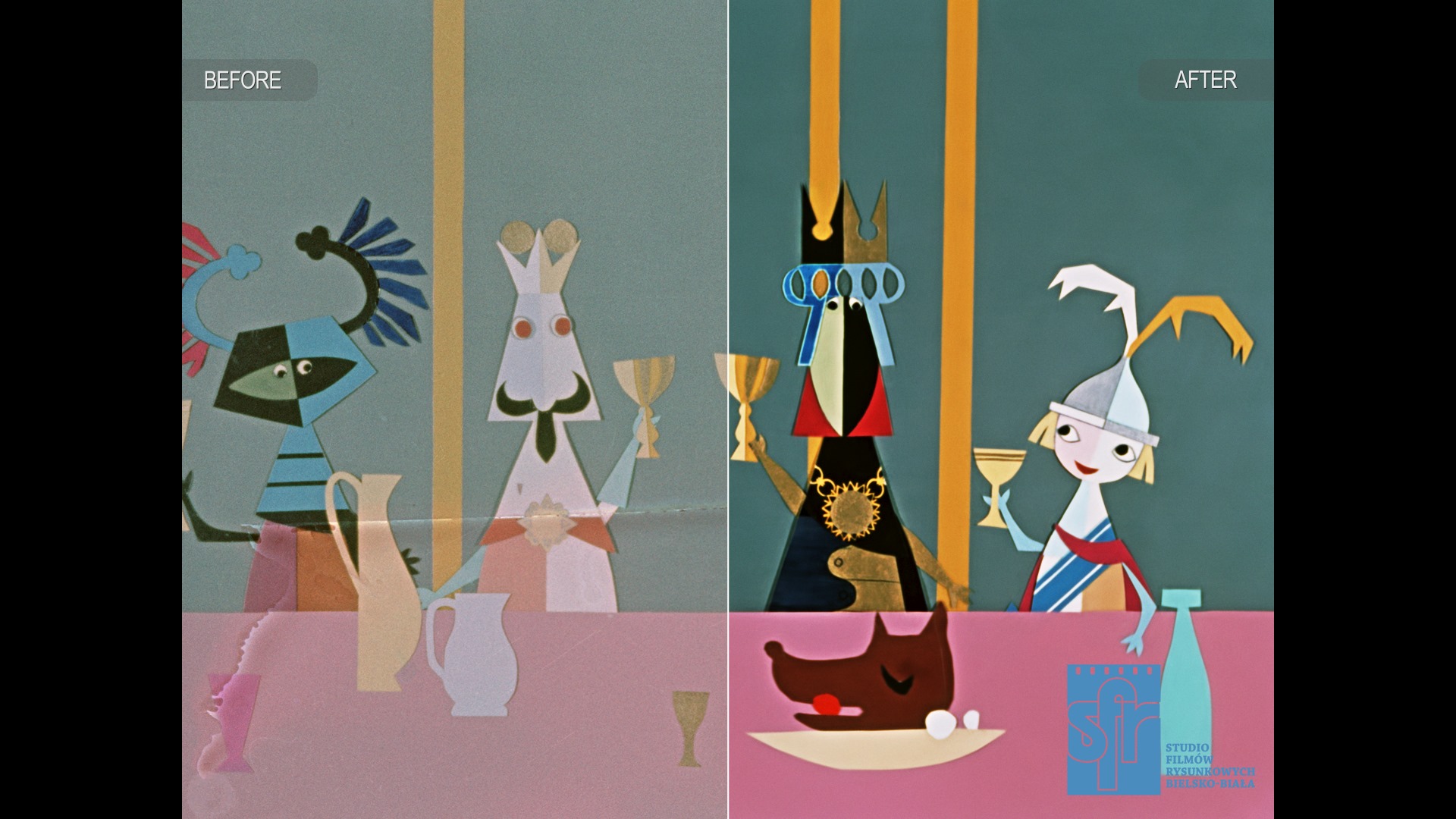 Fixafilm’s experts had the pleasure of restoring, colour-correcting and mastering “Tournament” (1958), directed by the Polish animation pioneer Władysław Nehrebecki.

Tournament is a nine-minute cutout animation for adults, featuring art direction by Jerzy Zitzman. It won an award at the 9th Mannheim International Documentary and Educational Film Festival in 1960.

“Tournament” is the story of two kings vying for the favours of a princess. They decide to fight each other in order to win her heart but, in the meantime, a young page boy is securing the princess’s affections.