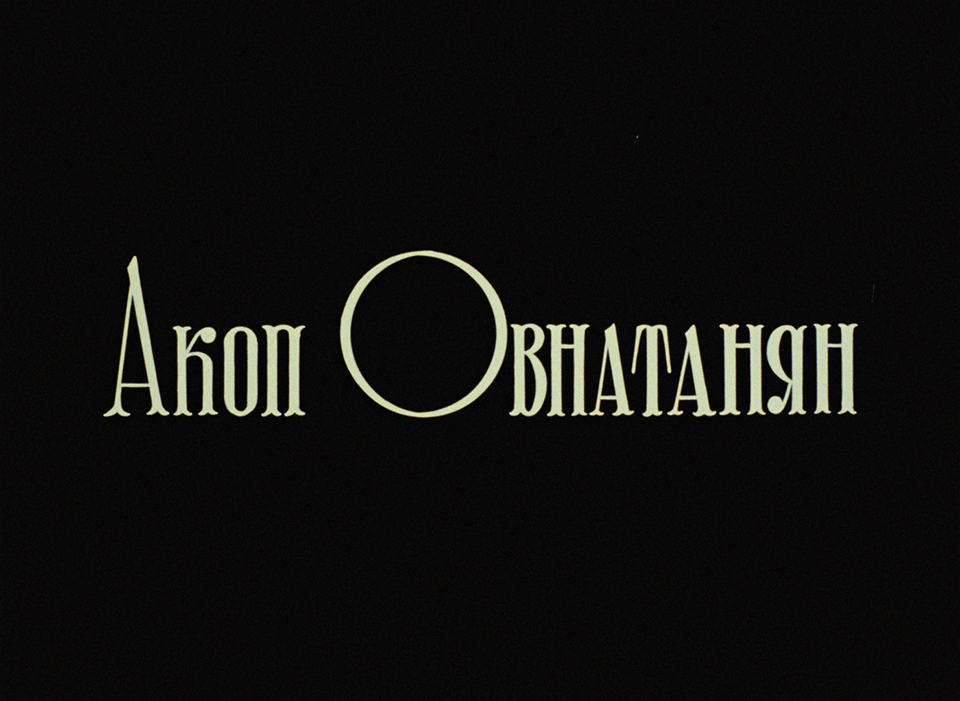 News
On March 22, the National Portrait Gallery in London will be screening Sergei Parajanov’s film Hakob Hovnatanyan (1967), restored by Fixafilm’s specialists in cooperation with the Armenian National Cinema Centre and the Kino Klassika Foundation. There are also plans to restore other films by the director as part of the joint Hamo Bek-Nazarov Project.  The film explores the work of the 19th-century portrait painter, Hakob Hovnatanyan. Parajanov, renowned for his extravagant style, only partially shows us Hovnatanyan’s works, concentrating instead on details of the paintings. In the second half of the documentary, Parajanov presents the historical centre of Tbilisi, where Hovnatanyan used to live and the director himself grew up.  It is worth mentioning that Hakob Hovnatanyan was made shortly before Parajanov’s most famous film, The Colour of Pomegranates, which showcases the director’s individual style, so esteemed among cinephiles.  Sergei Parajanov was a Soviet director of Armenian descent, regarded as one of the 20th century’s most outstanding filmmakers. He endured many years of political persecution and was imprisoned for his outspoken opinions and artistic independence.
Previous
Fixafilm invents its own method for eliminating the Dufaycolor effect
Next
One Man Dies A Million Times – in search of humanity