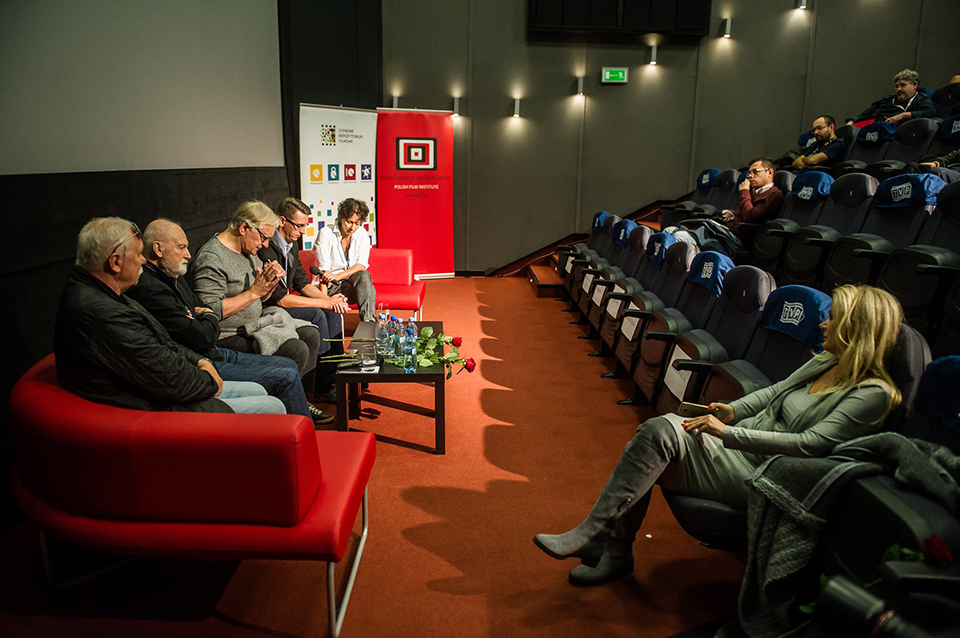 News
Andrzej Żuławski, one of Poland’s most illustrious and world-acclaimed filmmakers, died on February 17, 2016. The 41st Gdynia Film Festival commemorated On the Silver Globe’s director with special screenings of his films, plus workshops involving some of their co-creators. During a meeting entitled “Visionary and Stuntman”, Andrzej J. Jaroszewicz talked about his work with Andrzej Żuławski. He focused mainly on the film On the Silver Globe, since it was their most visually complex collaboration, enhanced by incredible costumes and set designs. Also taking part in the meeting were composer Andrzej Korzyński, actor Andrzej Seweryn, and Andrzej Lucjanek, who spoke about technical aspects of restoring the film. “These screenings of digitally restored versions of Andrzej Żuławski’s films are a major event because, from numerous interviews with Polish audiences, I understood that most Poles had still never heard of his films”, added Michał Oleszczyk, the festival’s artistic director. “Since they were rarely shown on television, with limited availability on DVD, this world-famous artist has remained relatively unknown in his home country. A few years ago, while writing programme notes on all of Żuławski’s films for the Brooklyn Academy of Music in New York, I realised just how much Żuławski was admired by film buffs the world over. Our retrospective is simply a tribute to one of the greatest artists ever to grace the history of Polish cinema”.
Previous
An epic Lithuanian film remastered
Next
What is the stand-out feature of the world’s best companies?