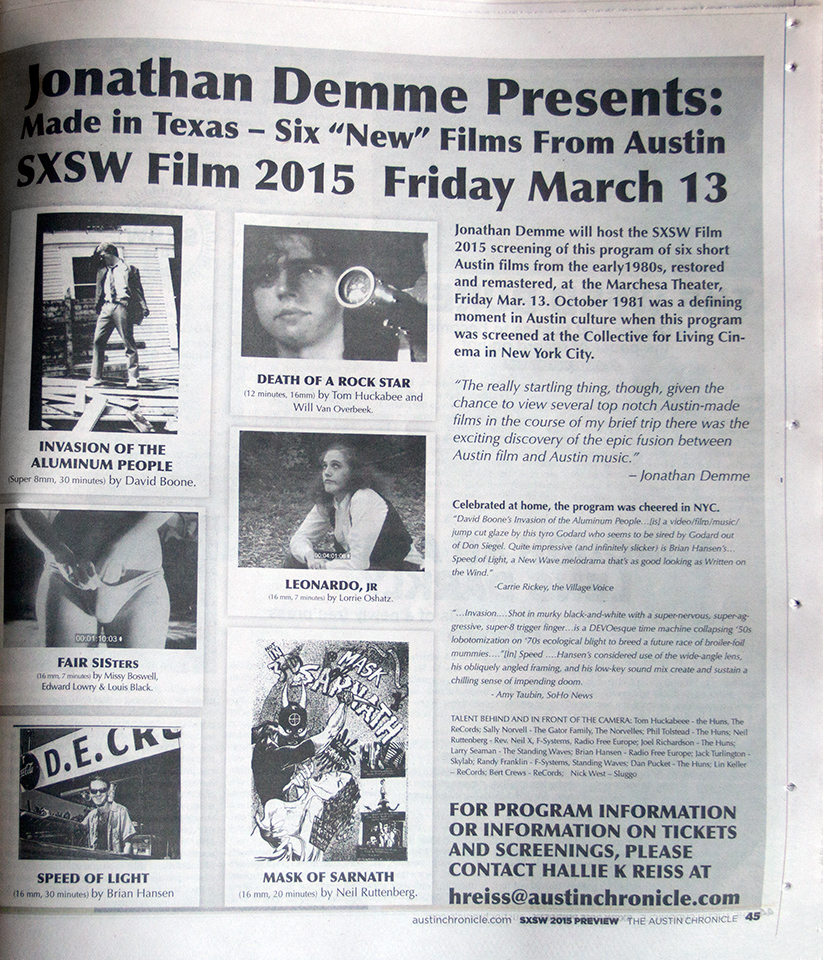 In March, SXSW took place in Austin. We had the pleasure of restoring 3 films in the “Jonathan Demme Presents: Made in Texas” section that opened one of the largest music, film, and interactive arts festivals in the world.

Johathan Demme (“Silence of the Lambs”, “Philadelphia”, “Manchurian Candidate”) and Richard Linklater(“Boyhood”, “A Scanner Darkly”, “Dazed and Confused”, “School of Rock”) were present at the repremiere of films, some of which have been presented for the first time in 30 years. Gosia Grzyb, Łukasz Ceranka and Wojtek Janio represented Fixafilm. Everyone was happy to receive much deserved applause for their hard work in restoring some of the classic films audiences have grown to love.