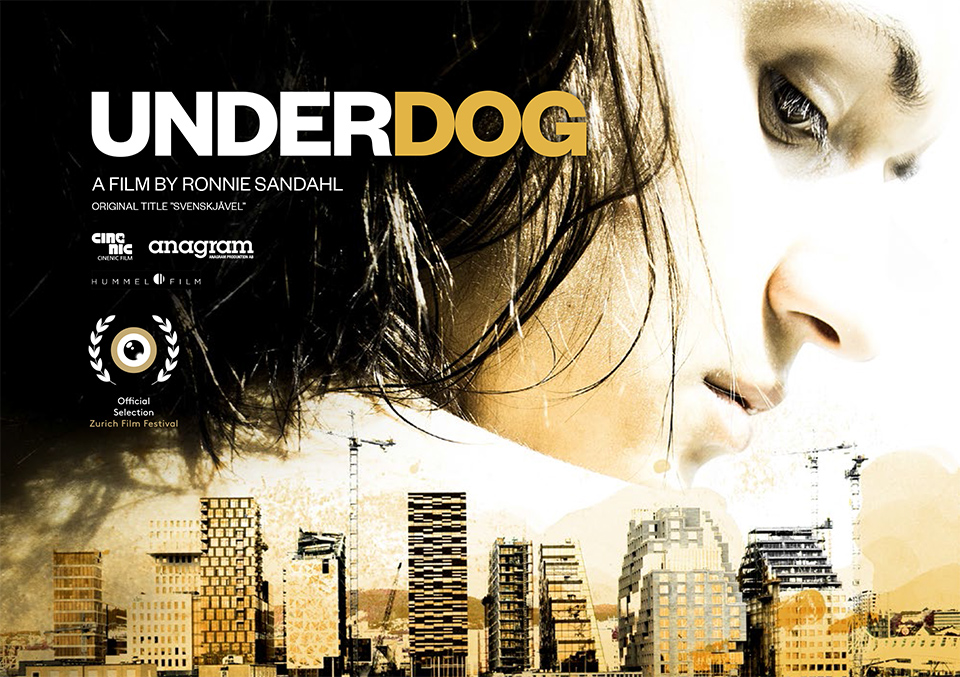 “Underdog” (“Svenskjävel”) directed by Ronny Sandahl is one of the films that we supplied with equipment and oversaw the post-production process. The production took advantage of the entire gamut of our services: From camera and equipment rentals, our team overseeing the shoot with the help of our very own DIT system, to post-production (synching materials for editing, color correction, online services, VFX, and creating masters and complex archive files). It is the first Swedish production that has been completed in full 4K resolution.

All of this was done with the help of Cinenic Film, Anagram Productions, and Hummelfilm. “Underdog” is the debut film of a filmmaker mostly known for his screenplays and published texts. The film tells the story of young, unemployed Swedes that travel to Norway for work and have to deal with the harsh realities that they encounter there.

Previous
“The Survey About Men” at the International Documentary Film Festival in Kiev!
Next
"Little Crushes" nominated for the Andrzej Munk Award!