The Guldbagge Award for the best short film goes to "On suffocation"! 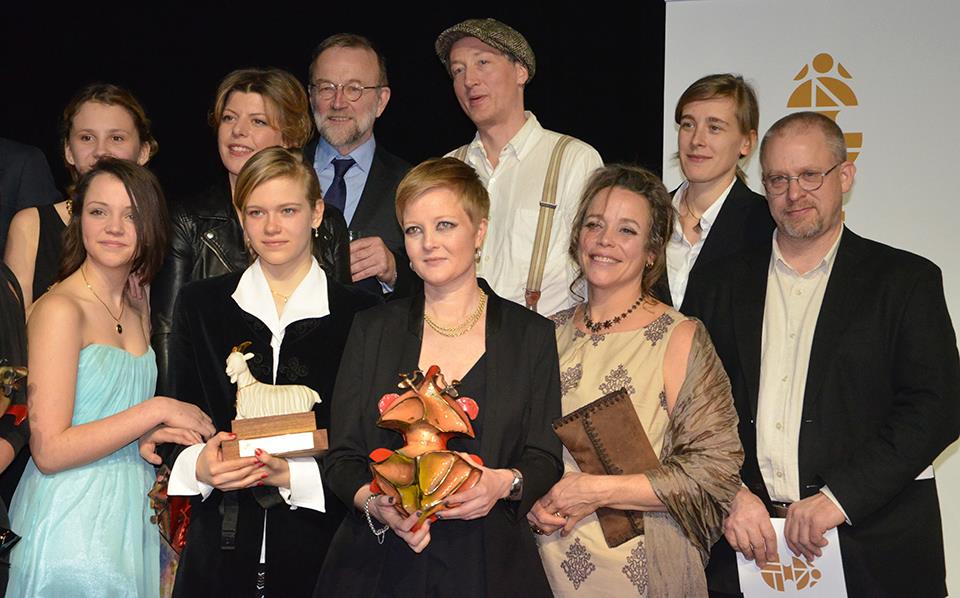 We would like to congratulate Jenifer Malmqvist and Ity Zbroniec-Zajt – “On suffocation” won The Guldbagge Award for the best short film. The awards, first presented in 1964 at the Grand Hôtel in Stockholm, are overseen by the Swedish Film Institute.] It is described as the Swedish equivalent of the Academy Awards.

Since Svenska Filminstitutet doesn’t motivate their choices  – we would like to quote the Uppsala International Short Film Festival jury (where “On Suffocation” was awarded for Best Swedish Short 2013):

“For cinematic art of absolute world class. This is intelligent. Through well chosen details a concentrated story is told, where both what we see and what we don’t see is of utmost importance. The director places the audience in a claustrofobic room and leaves us there exposed and incapable before the uncompromising narrative. A glance says more than a thousand words in a world where love is lethal.”

Previous
"Kingsajz" is finally restored!
Next
Repremiere of "The Ashes"