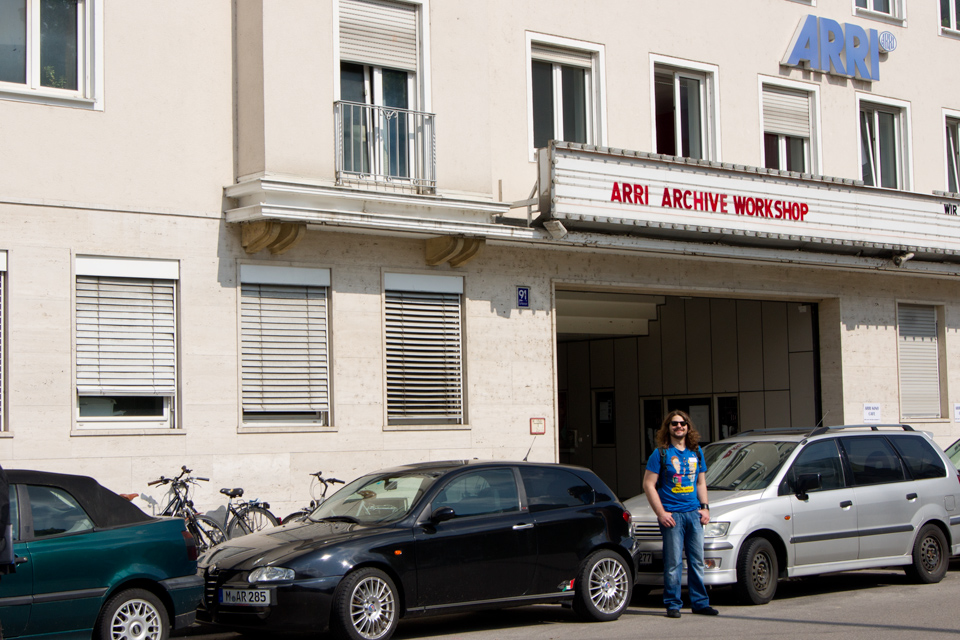 Our team just got back from the 2013 ARRI Archive Workshop, which took place in Munich from the 11-12 of June. Fixafilm was the only company from Poland who had the opportunity to give a presentation. Wojtek Jano and Łukasz Ceranka gave an hour long talk entitled, “Digital Restoration Dilemmas”. The talk covered many important subjects such as, how different scanners interpret film grain, optimal encoding methods for archived films, the still unresolved problem of capturing the essence of a film’s original look, as well as the subject of inviting the original artists to take part in the restoration process.

The presentation was a great success. That was a week ago, and already our team has traveled to Olso to work on the feature “Fucking Swedes”. On set they will be using our revolutionary new system “On set lab” and are looking after the images being created by our brand new Sony F55.

More on that later. 🙂